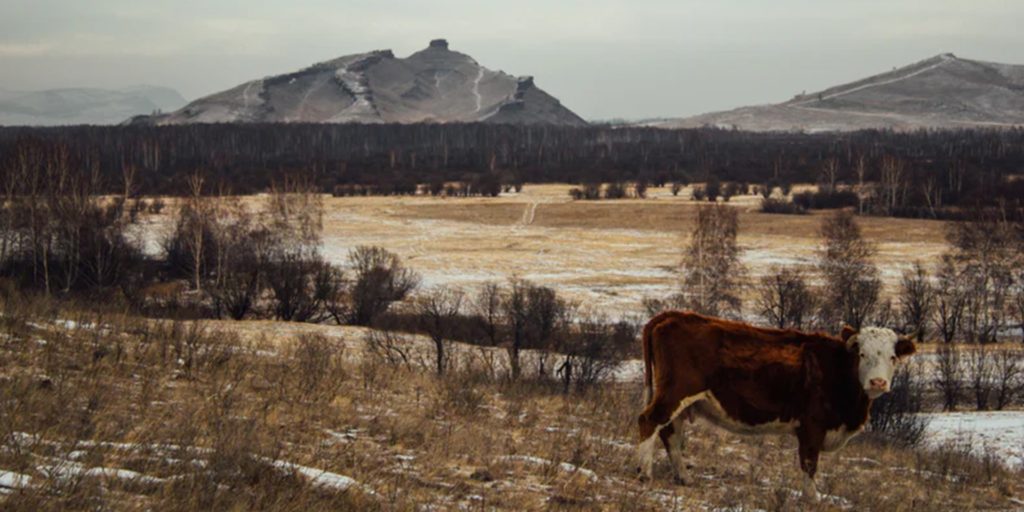 It is now widely accepted that not only cars, planes and coal-fired plants contribute to global warming by emitting considerable amounts of greenhouse gases (GHG) but that also agriculture has a substantial carbon footprint. It is estimated that around 12 percent of all GHG emissions are attributed to this sector (IPCC, 2014), a significant proportion being methane produced during enteric fermentation in the rumen of ruminant animals. This has pushed many governments to specify targets for mitigation of GHG emissions from agriculture as part of their overall strategy to cope with climate change. In that sense, the reduction of methane from ruminant livestock is an essential piece of the puzzle.

Furthermore, methane production also constitutes a loss of energy for the ruminant (Johnson and Johnson, 1995). This is because the specific conditions in the rumen prevent further use of methane by the microorganisms, and is belched out instead. To substantiate this energy loss, let’s divert shortly and do some basic (yet necessary) calculations. A high-productivity dairy cow emits up to 500 litres – or 350 grams – of methane every day, this adds up to around 130 kilograms in a year. If we assume 1kg of methane has a heating value of 50 Megajoules or 14kWh, then this amount would theoretically almost be sufficient for the energy use of a typical European household of 2000 kWh.

These figures should help illustrate that if the production of methane in the rumen is reduced, even partially, this will help in two ways:
1. more energy from the feed for the animal that can potentially be redirected to a better performance and animal health
2. less GHG in the form of methane.

But how could this work? In principle, it is straightforward. Methane is produced in the rumen by a specific class of microorganisms, methanogenic archaea. To a certain extent, this process is necessary to maintain an optimal environment for the fermentation of ingested plant material by a plethora of different bacteria. However, several other pathways can contribute to achieving these conditions. Thus, in the end, it is all about tweaking the community of microorganisms in the rumen the right way. In the case of archaea, we speak about approximately 6 trillion microbes. In every cattle’s rumen. An incredibly huge number, however, with only the mass of 6 grams. That’s two sugar cubes.

And that’s the intriguing part of the story: By turning switches on a molecular level, we can provoke significant changes on a large, global scale.

Most obviously, inhibiting the archaea in their biological processes would reduce the amount of methane produced. And the good thing is: we do not have to invent complicated technologies to achieve this as in other industrial sectors; no exhaust gas filters, no subsurface carbon dioxide storage, no chemical treatment. It’s already there, invented by nature. Because if one paradigm should be readily accepted, it is that for every skill developed through evolution, there is a corrective. In fact, this is the principle and impetus of evolution.

Now, what do we find in the toolkit of nature to inhibit the activity of methane-producing archaea? In one word: botanicals.

Saponins, for example. As their name suggests, these are molecules with soap-like features that can be extracted in large quantities from the South American soap bark tree but also from other plants. Essential oils, on the other hand, are liquids containing volatile chemical compounds from plants, mostly extracted by distillation. Both saponins and essential oils prevent the production of methane by reducing rumen fermentation products that are needed for archaea growth. The bad news, however, is that the effect appears to depend on the source and composition of these botanicals which may limit the large-scale applicability in the animal feed sector (Jayanegra, 2014; Joch, 2016).

There are however many other plants on our planet, and researchers found out that a variety of organosulphur compounds produced in garlic and related plants can specifically inhibit archaea with high potency while having no advserse effect on rumen bacteria (Eger, 2018).

Nature has equipped garlic with these compounds as a defence mechanism against pathogens, and they are formed from a precursor molecule, allicin. These molecules have profound antimicrobial features and were therefore used for centuries in natural medicine.

This makes allicin and its metabolites predestined to be used as a feed supplement in ruminant nutrition to mitigate methane emissions.

Mootral is the combination of garlic and another useful botanical inhibitor – flavonoids extracted from bitter oranges.  This blend is even more potent against archaea while also promoting the bacterial fermentation in the rumen. Thus, it catches two birds with one stone.

But there is more to it because all of these natural solutions come with a range of additional benefits.

As these compounds are derived from plants, the production itself can be climate-friendly since all plants take up carbon dioxide from the atmosphere for their growth. If the cultivation is low on or even free of fertilizers, and subsequent energy-intensive processes such as drying or transportation are carried out in a climate-smart way, the carbon footprint of these products will be favourable.

Ruminant animals are by design capable of utilizing a wide range of plant materials. Thus, botanicals and their extracts would be considered harmless for the animal if applied as part of a balanced nutrition. In fact, in one way or the other, these substances are often part of the normal feeding.

If there is not only one molecule doing the trick but a mixture of bioactive compounds, one would expect a broader activity towards methane-producing microorganisms. Leaving them fewer opportunities to escape to other metabolic pathways also makes it more unlikely that they will learn how to circumvent the effect. In addition, bioactive molecules can also have positive, stimulating effects on the bacterial population and thereby help in digesting the feed and supplying energy to the animal.

Mootral is combining all of these advantages in a simple-to-use product. Only small amounts are sufficient to unleash nature’s power in tweaking the rumen microbiome towards a more climate-friendly cow.