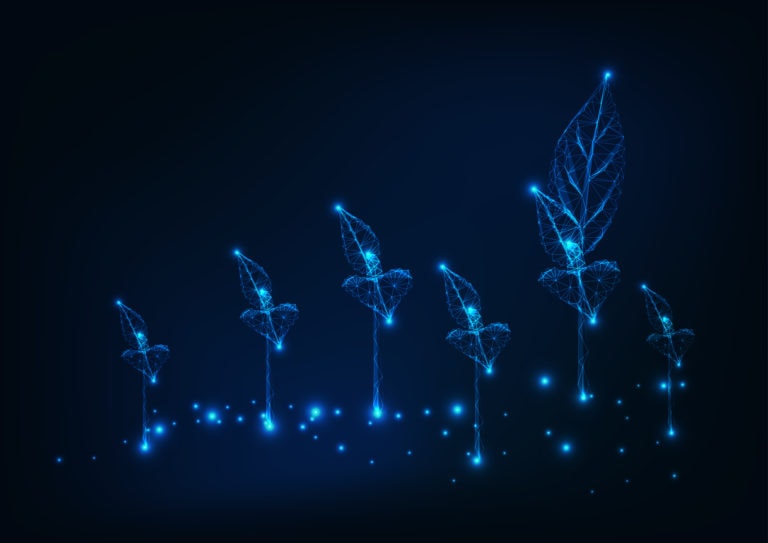 AgriFood tech is a maturing market, as evidenced by the swell in investing activity last year.
Startups in the space attracted nearly $17 billion in investment capital–a 43% increase from
the previous year, according to data from AgFunder. But as companies grow, and the deal
sizes grow with them, it pays to keep an eye on what new innovations are coming down the
pipeline.

For that, early agrifood tech investor Anterra Capital pays attention to trends outside of the
food and ag space. “We look at other verticals to understand what else is [happening],
because food and ag are usually late to the party,” Anterra’s founder Maarten Goossens tells
AFN.

Anterra has selected seven agtech companies to pitch their business ideas at the F&A Next
conference at Wageningen University in the Netherlands next month. Reflected in its
selection is the convergence of digital and biotechnologies that are starting to come into
the agriculture industry.

“Where the two marry each other, it’s creating a whole different type of innovation these
days,” Goossens says.

Livestock health is also an emerging tech sector that Anterra is following. “When we started
10 years ago, no startup was focused on animals,” Goossens continues. “Now, they cover the
whole spectrum from nutrition to health to the convergence of the two.”

Here’s a look at the seven startups building agtech of the future, including robotics,
blockchain, insur-tech, and cow fart-reduction tech (yes, really).

Augmenta, based in Athens, Greece, has developed a smart, robotic system called the
“Field Analyzer” to help farmers accurately fertilize and spray their fields. The system
comprises a piece of hardware that attaches to field equipment and automates the amount
and timing of field treatments. The farmer monitors progress from a tablet using Augmenta’s
web platform.

Augmenta raised $600,000 in seed funding last July from Marathon Venture Capital, also
based in Greece. Its Field Analyzer is currently in beta testing, according to the company
website. It claims its technology can improve crop yields by up to 12%, improve crop quality
by up to 20% and reduce fertilizer use by 15%.

Massachusetts-based GreenLight Biosciences makes bio-pesticides that are highly targeted
to specific pest varieties, like the Colorado Potato Beetle, ensuring that neither plants nor
other insect and animal species are affected. The company’s technology targets a pest’s
RNA, causing fatal interference with the species’ protein production. “A treatment that
blocks wing development in one insect pest could be made completely innocuous to other
beneficial insects, such as bees,” the company website states.

Greenlight Biosciences recently raised a $50 million funding round, more than double its
previous round in 2017. It has hired a commercial team to help get its first products to
market.

Hectare Agritech in the UK has developed blockchain-based trading platforms for grain and
livestock buyers and sellers. The company, which was founded by cattle farmer Dan Luff,
aims to improve price and buying transparency in both sectors, which are otherwise known
for being heavily relationship-based and clogged with intermediaries. SellMyLivestock and
Graindex, its two trading platforms, allow farmers to sell their products directly from their
farms and handle payments through Hectare’s digital payment system, FarmPay.

The company has been creative about financing its growth: it has raised $5 million, which
includes several equity crowdfunding rounds, one of which was backed by tennis star Andy
Murray.

Swedish startup Ignitia is a weather forecasting company serving climate-vulnerable farmers
in tropical regions. The company partners with development agencies, NGOs, agricultural
input businesses, and mobile network operators to provide and disseminate accurate and
location-specific weather forecasts for small-scale farmers. Ignitia claims its service is reliable
84% of the time down to a three-square-kilometer range.

Ignitia has sent more than 220,000,000 forecasts since launching commercially in 2015, the
company’s website states. Having built a stable B2C business, the company is working on
expanding its B2B business, founder Liisa Smits told AgFunderNews after Ignitia’s $1.1
million Series A funding round last October.

“Methane emissions originating from enteric fermentation in ruminants have been known for
decades, but it is only now that we realize the true scale of the problem,” Mathres said. “As
Bill Gates recently stated: ‘If cattle were a country they would rank third in GHG emissions
after China and the US.’”

Mathres calls Mootral’s product a “climate game changer” and says the company’s claims
were recently validated and certified by Carbon Trust. The product is in pilot mode with
farmers. Mootral is looking to launch commercially later this year.

Boston-based Root AI is developing artificial intelligence and robotics to support the indoor
farming sector. “The agricultural workforce is shrinking, but at the same time, we can’t simply
opt out of making food,” Root’s founder Josh Lessing told AgFunderNews. “We need to
figure out how to staff farms if we hope to continue to produce enough food and to produce
it locally.”

The company is working on a harvesting robot, called Virgo, for controlled climates, like
greenhouse and glasshouse farm operations. Virgo is designed to be dexterous and harvest
the same way a person would. So far, the bot has learned how to pick tomatoes, but Lessing
says the hardware can be used for a variety of crops. Root anticipates the robot being more
widely available to growers next year.

London-based fintech startup Stable has developed an insurance platform to help farmers
mitigate commodity price volatility. Price volatility is a significant risk to farmers, with crop
prices subject to 20% or 30% swings each year. This makes it difficult for farmers to manage
and plan their businesses. Stable’s platform serves as a marketplace for farmers to buy
affordable crop volatility insurance. It also allows commodity investors to make trades in
products and geographies that aren’t available on large exchanges, helping them to
diversify their portfolios.

Stable’s founder Richard Counsell told AgFunderNews that the company intended to build a
platform that was simple and to bring the industry back to its real farming roots. The
company raised a $6 million seed funding round in March and is looking to expand into new
geographic regions and launch similar platforms for industrial and energy.

Also, check out the seven food tech ventures that will be presenting at F&A Next.